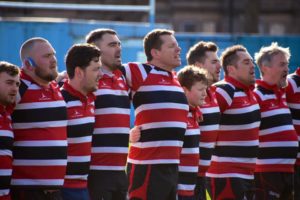 Rhun ap Iorwerth MS says Welsh rugby fans mustn’t be priced out of watching the game when the Six Nations starts in February.

A deal between the Six Nations and CVC Capital partners is said to have been agreed, and it is thought that the majority of games might move behind a paywall. It is not yet clear whether S4C will be able to continue to show any of the games.

“There are many in Wales who do not have the luxury of being able to afford to pay to watch sport on television. With current coronavirus regulations, it’s not simply a matter of watching the game in the pub, or popping to a friend’s house to view together – if you can’t afford to pay to view, you will not see it.

“Rugby is such an important part of Welsh culture, and the renewal of play during the pandemic has been respite for many. To place a paywall between the Welsh public and their rugby will be a cruel blow at what is already a difficult time. With no indoor mixing between households, pubs remaining closed, and fans banned from live games, this paywall will be an insurmountable barrier to many.”