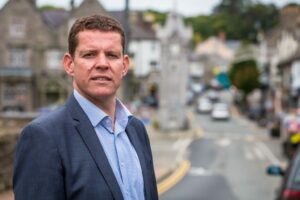 The spokesperson for health and care, Rhun ap Iorwerth MS has today (Thursday 6 January 2022) written to the Health Minister to ask her contact everyone affected by the recent increase to cervical screening intervals to better explain the reasons behind the change.

A petition to Welsh Government to keep cervical screening to 3 years (and not extended to 5 years) has been signed more than 741,000 times, and the number continues to rise.

“Many thousands of people in Wales are concerned about the recent changes to cervical screening – a move that has taken many by surprise, and which was accompanied by a surprising lack of detail.

“Having reviewed the evidence, and having received further information from Cancer Research UK, I’m satisfied that this is an evidence-based change, due to improved understanding of the relationship between screening, the HPV vaccine and the risk of cancer.

“But this must be explained clearly and directly, and that is why I have written to the Health Minister to ask her to contact everyone in Wales affected by these changes – as a matter of urgency – to better explain the reasons behind the change in screening strategy.”